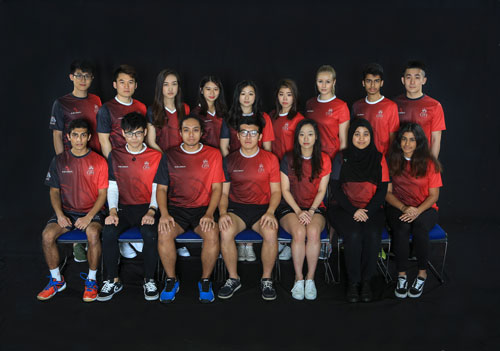 Tired of spending your weeks badminton-less? Fed up of trying to find an available court or people or people to play with? Well, we might have the answer you're looking for. Joining the Badminton Club is a great opportunity to smash any stress that university life may serve your way. Whether you're looking to improve your skills, meet new friends or just want to have fun, there's a place for you in our club. We carry out social sessions where our rule is to get on court and have fun but if you are feeling competitive, why not join the team? So, what are you waiting for? Pick up your racquet and join us for a game of badminton!

The badminton team/club is an enjoyable way to keep in shape and have fun at the same time! Many people don’t know this, but badminton is actually the fastest racquet sport in the world. It can improve your hand-eye coordination and is physically demanding. If you’re new to City, it’s a great way to meet new people, as so many people play socially. You can use the social sessions for fun or try out for the team if you want to play more competitively. I have played for the City University Badminton team for three years and have enjoyed every second of it! You also get the opportunity to compete against other London Universities in the league and the Conference Cup. We won the Conference cup in the 2015-16 season, and hope to repeat this success in future years to come!

We also have CityActive sessions, a great way to meet new friends from other courses and to try out new activities in a fun and friendly environment.

Go to CityActive for information on how to sign up.