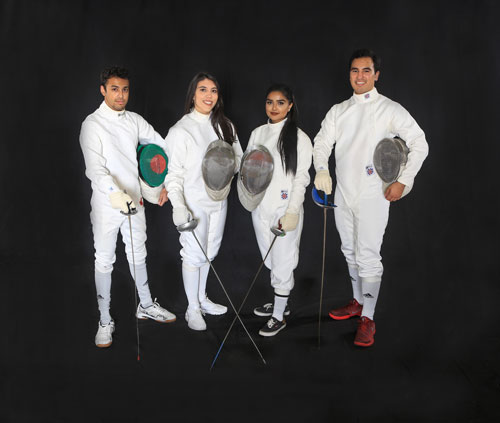 City's Fencing team compete in British Universities and Colleges Sport (BUCS) and cup matches with great achievements in both team leagues and individual championships. With training and match once a week, fencing is a great way for you to meet new people from the University and exercise through this unusual and very fun sport. We have both men's and women's teams looking for enthusiastic and committed experienced fencers to join us.

Leagues and cups we compete in

*All students should have British fencing membership of at least Recreation or Starter category. Please note that those who do not have British Fencing Membership are not insured and fence at their own risk.