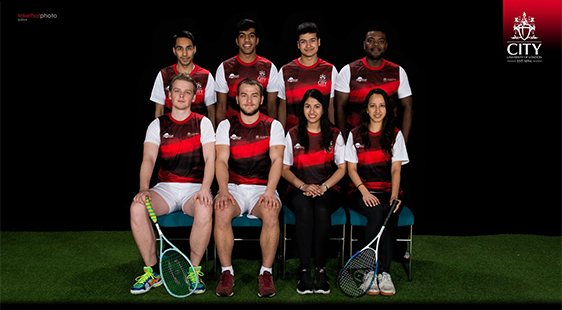 Our Squash team is more than a group of people bonded by a common interest - it is a family. Each training session and match sees friends enjoying their time together, pushing one another to reach their potential and travelling to different universities to play their hearts out. Team socials include post-match nights at CityBar, evening with drinks at the Sky Garden and the team’s very own secret Santa.

They say that practice makes perfect and each training session involves just that – led by experienced coaches and a dedicated ‘DJ’, practices begin with fitness and include tips on refining key techniques. This year our team even took a trip to Canary Wharf to watch the world’s Number 1 play.

All you need is a passion for the sport and you’ll fit right in – we’d love you to join us.